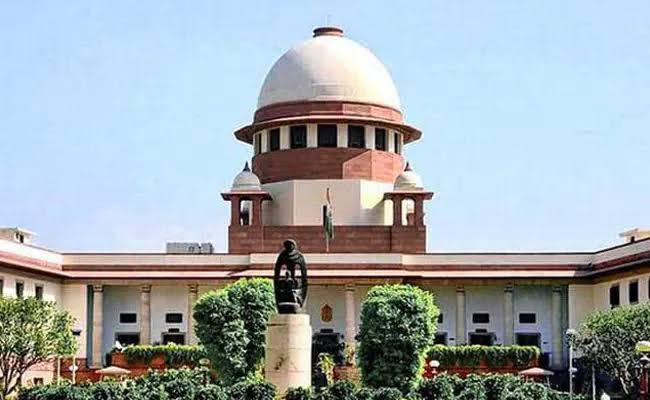 New Delhi: Solicitor General Tushar Mehta on Tuesday told the Supreme Court the government is doing what Nehru could not do as he replied to Congress leader and senior advocate Kapil Sibal’s argument in the court – Pandit Jawaharlal Nehru had said that this provision is obnoxious and the sooner we get rid of sedition, the better’.

The exchange took place as a three-judge bench headed by Chief Justice of India NV Ramana was hearing petitions filed by the Editors’ Guild of India.

“You are right, Sir. Nehru could not lie in court, spy on countrymen, arrest innocents, lock up dissenters with no due process. The list is a long one,” Mahua Moitra tweeted replying to Mehta’s comment inside the court.

During the debate in the court, Kapil Sibal retorted to Solicitor General Mehta’s comment and said, “No, not at all. You are not doing that. You are supporting the law. You are saying all is good Mr Mehta.” “Affection cannot be manufactured. One should be free to express disaffection, so long as there is no incitement to violence. I hold it to be a virtue to be disaffected to the Government,” said Sibal.

Sibal’s argument in court was that the current government has been misusing the law by equating government with state, and anything that is said against the government is treated as an act against the nation.

The hearing on sedition came a day after the government said it had decided to review the legislation – a major shift just two days after firmly defending the country’s colonial-era law and asking the Supreme Court to dismiss the pleas challenging it.

In a new affidavit filed in the Supreme Court, the centre said, “In the spirit of Azadi ka Amrit Mahotsav (75 years of Independence) and the vision of PM Narendra Modi, the Government of India has decided to re-examine and reconsider the provisions of Section 124A, Sedition law.”

It urged the Supreme Court to wait for the review by a “competent forum” and urged it to “not invest time” on petitions filed by the Editors’ Guild of India, Trinamool MP Mahua Moitra and others challenging the sedition law.

Woman Hacked To Death By Husband Over Suspected Extra-Marital Affair