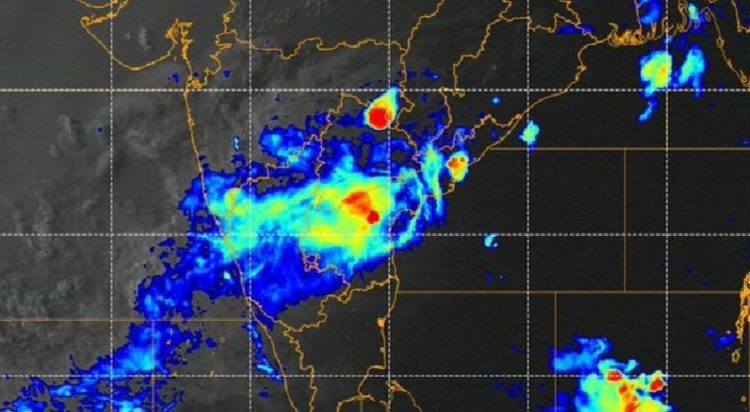 Weather Forecast As Remnant Of Cyclone Asani Weakens Into Depression

Bhubaneswar: The Deep Depression (remnant of cyclonic storm ‘Asani’) over coastal Andhra Pradesh remained practically stationary during the last six hours and weakened into a Depression over the same region on Thursday.

The system lay centred at 0530 hours IST of today close to West of Machilipatnam. It is likely to hover around the same region and weaken further into a Well Marked Low Pressure Area during the next 12 hours.

Squally wind speed reaching 45-55 kmph gusting to 65 kmph is likely to prevail along & off Krishna, East & West Godavari districts of Andhra Pradesh, and Yanam of Puducherry during the next 12 hours.

Squally wind speed reaching 40-50 kmph gusting to 60 kmph is likely to prevail along & off adjoining districts of coastal Andhra Pradesh and off Odisha coast during the same period.

Sea condition is likely to be very rough to rough over westcentral & adjoining northwest Bay of Bengal during 12 hours and improve thereafter.