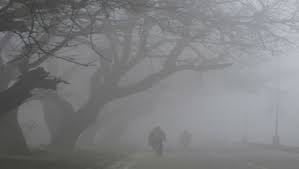 The cold wave-like condition will prevail from around the second week of January, the IMD said.

While cold wave-like condition will prevail in the districts of western and southern Odisha, the coastal districts of the State will witness dense fog by the next weekend.

As per the prediction, the minimum temperature in Odisha’s western, southern, central and some coastal districts like Cuttack and Bhubaneswar will record a drop of around 3-5 degree Celsius vis-à-vis the normal minimum temperature observed in January.

For the rest of the State, a fall of 2-3 degree C is predicted.

However, the minimum temperature in the entire stretch of coastal Odisha and southern districts like Rayagada etc will post a rise; whereas the cold wave conditions are predicted to prevail in the districts of western Odisha, reads the forecast.