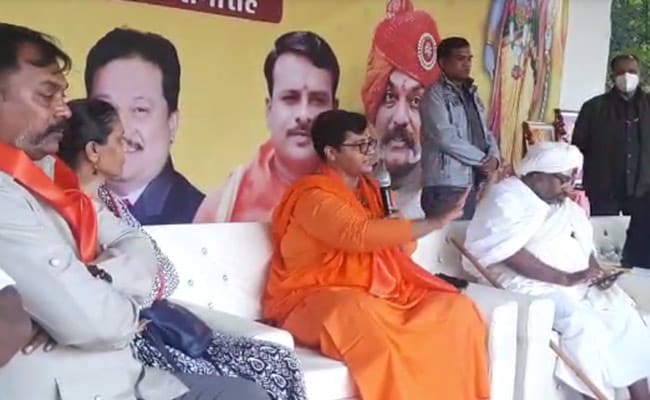 Bhopal: Controversial BJP MP Pragya Thakur – out on bail as a key accused in the Malegaon blasts terror case – warned women against wearing hijab in public at all, saying “it will not be tolerated”.

Pragya Thakur, who has a history of making incendiary comments, declared “there is no need to wear a hijab” because Hindus “worship women” and (in remarks seen as being blatantly communal) continued “(only) people who are not safe in their houses need to wear a hijab”.

“No need to wear hijab anywhere. People who are not safe in their houses wear hijab. You have a madrasa. If you wear hijab there we have nothing to do… outside, where there is ‘Hindu samaj’, they are not required…” she said at an event organised at a temple in Madhya Pradesh’s Bhopal.

“Hijab is purdah. Purdah should be (used) against those who see you with evil eyes. But it is certain Hindus don’t see them with evil eyes as they worship women,” she said.

“You should wear hijabs in your homes…”