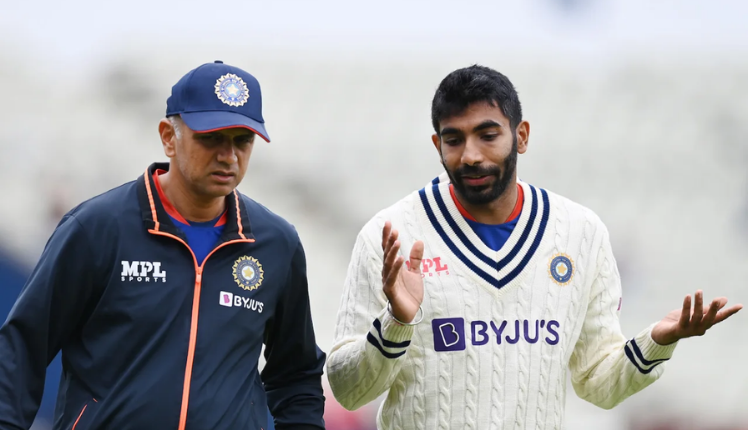 Birmingham: India’s head coach Rahul Dravid said the team has to improve on maintaining their intensity and fitness right through a Test match.

“It’s been disappointing for us. I mean we had a couple of opportunities in South Africa as well and here as well. I just think it’s something we need to look at, something we need to probably work on,” said Dravid in the post-match press conference after the fifth Test against England.

“In the second innings, we have not batted well. If you look at all the third innings of these two Test matches overseas and this one, the batting has also probably not been up to scratch. In both areas, we have sort of started the Test matches well but we haven’t been able to finish well and yeah we need to get better at that and certainly need to improve.

“They played well over the five days. We had our opportunities, we played well over the first three days. We couldn’t maintain that. That’s why Test cricket is hard. And that’s why Test cricket means that you have got to be able to keep putting those performances right through the five days. We were not able to do that and they did that better than us and they deserved to win this Test match,” he added.

Dravid said India will focus on the next few Tests, which are in the subcontinent, and hoped to learn from mistakes.

“The way cricket is going; you do not get time to reflect. After two days, I will be talking about something else but we will look at it. After every match, you learn something and you need to take some learnings irrespective of whether you win or lose. We need to look at why we were not able to bat well in the third innings and then were not able to take wickets in the fourth innings, which should have been done. We need to look at what we can do.

“After this, we don’t know the schedule of where we will be able to play overseas. The next six Test matches are in the sub-continent for this cycle, which we will definitely focus on. We will look at this Test and be with the coaches and selectors for consultation, discussion and review after every game about what we did right, what better could have been done. Hopefully, whenever we go overseas next time, whatever mistakes were done, we will definitely look to improve them,” said Dravid.