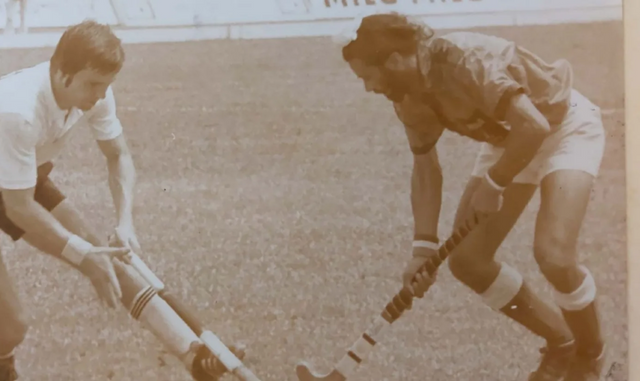 “We got goosebumps when we saw the Trophy,” says 1975 World Cup winner Harcharan Singh

With less than 100 days to go for the FIH Odisha Hockey Men’s Hockey World Cup Bhubaneswar-Rourkela 2023, the anticipation to witness the world’s best hockey players at one of the world’s most preferred hockey destinations – Odisha, is only increasing by each passing day. While the Indian team carries out their preparations to end the medal drought in the prestigious event, it’s time for the hockey fans to relive the memories from the highs and lows of India’s World Cup campaigns in the past through Hockey India’s Flashback Series – World Cup Special.

Today we are launching the first of the series and in the leading up to the marquee event in Odisha, Hockey India will bring you thoughts, anecdotes and trivia from Indian Hockey Legends who ruled the world with their wizardry and panache, the Hockey India said.

Reminiscing those glory years, Harcharan Singh lit up with pride and joy when he vividly recounted the Indian Team’s campaign in 1975 at Kuala Lumpur, Malaysia. He said, “We got goosebumps when we first saw the trophy which was displayed in the team hotel and we thought that this has eluded us in the last two World Cups, and that it must not be the case again this time in 1975. We were extremely determined and we knew we had to do well this time.”

The ace left-sided attacker had been crucial in India’s run-in, scoring the important winner in extra-time against Malaysia in the Semi-Final. He also started off the move for the winner in the Final in 1975, when India beat arch rivals Pakistan by a goal. Harcharan is among the four players to have featured in the first three editions of the World Cup.

“We were on top of the world after winning the first Gold medal at a World Cup for India. When I think back, I feel very happy and satisfied with what we achieved.”

“As a sportsman, I cannot explain to you the kind of satisfaction, the thrill, the goosebumps, you feel when you climb the podium. We couldn’t believe we were finally holding the glittering trophy which we all wanted our hands on at the start of the tournament when it was on display at our hotel foyer,” stated the hockey great who made his international debut against Kenya in a test series played at home in Amritsar in 1969.

Harcharan was also part of the Indian Men’s Hockey Team that won the Bronze medal at the 1972 Munich Olympics, and noted that during his playing days, games against neighbours and arch-rivals Pakistan were emotionally charged contests. India lost against Pakistan in 1971 but defeated them in 1973 (Semi-Final) and 1975 (Final).

“Emotions do rise from both sides and it was like a mini-battle. This was the time just after the 1971 war, and having won against Pakistan in 1973 and 1975, it felt like we had done something great for our country. It was a big moment of joy and great satisfaction for us, having won in style for our motherland.”

Since 1975, the Indian Men’s Hockey Team are yet to win a medal. And the former ace believes, that the current team has the wherewithal to upset the applecart.

“This is a very crucial time for Indian hockey if they want to achieve great things. Playing at home, in front of your own fans at the FIH Odisha Hockey Men’s World Cup Bhubaneswar-Rourkela 2023, it is a great opportunity. This present team has improved tremendously and they have got the killer’s instinct, and they are on the up after the Tokyo Olympics.”

“My best wishes are always with the Indian Men’s Hockey Team and I hope they remain positive at all times and hopefully they can win the World Cup,” he signed off.