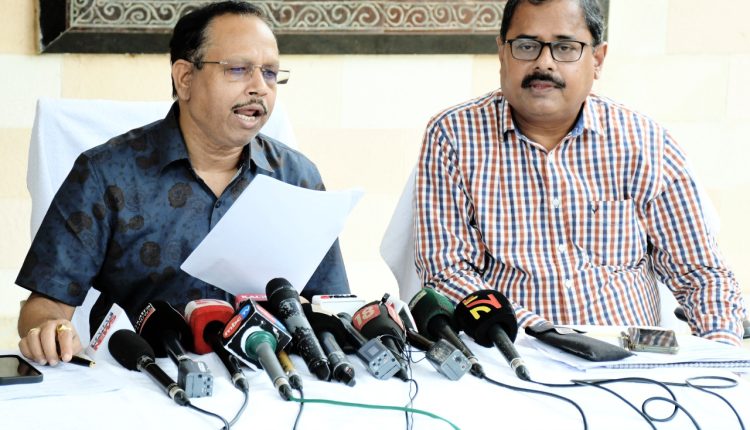 Bhubaneswar: After reviewing the flood situation in the state, Special Relief Commissioner Pradeep Jena on Saturday informed that the excess floodwater is being released through four sluice gates of Hirakud Dam while the water level in major rivers of Odisha is gradually receding.

Similarly, 8.35 lakh cusecs of water is flowing at Mundali. The water level is gradually decreasing in all places, including Mundali. If necessary, the 4 gates opened at Hirakud will also be closed, the SRC added.

According to a government press release, 2232 villages under 607 gram panchayats in 73 blocks of 13 districts have been affected by the floods. While 763 villages of the state are still flooded, 4.72 lakh people are marooned and about 7.13 lakh people are affected. In the meanwhile, 1.04 lakh people are being provided cooked food in 248 relief camps in all these areas.

In the flood-affected areas, 3.87 lakh electricity consumers have been affected, out of which, the power supply to 3.64 lakh people have been restored.

Similarly, while 163 medical relief centres have been opened by the health department, 115 mobile healthcare teams have been deployed. Around 42,000 ORS packets and 1.77 lakh halogen tablets have been distributed in the affected area. During this period, 6,077 common diseases and 12 snakebite cases were treated.

Besides, 193 veterinary teams have been deployed in flood-ravaged areas. While 407 camps have been set up, more than 18,000 domestic and stray animals have been treated. A total of 613.983 metric tons of fodder has been provided to 10 flood-hit districts.

While 160 pipe water supply systems have been disrupted in flood-affected areas, only 9 pipelines have been restored. This apart, 618 tube wells have been cleaned, 1.5 lakh water bottles & 7.5 lakh water pouches distributed and 153 mobile water supply tanks deployed to alleviate the drinking water issue of the people in the affected regions.