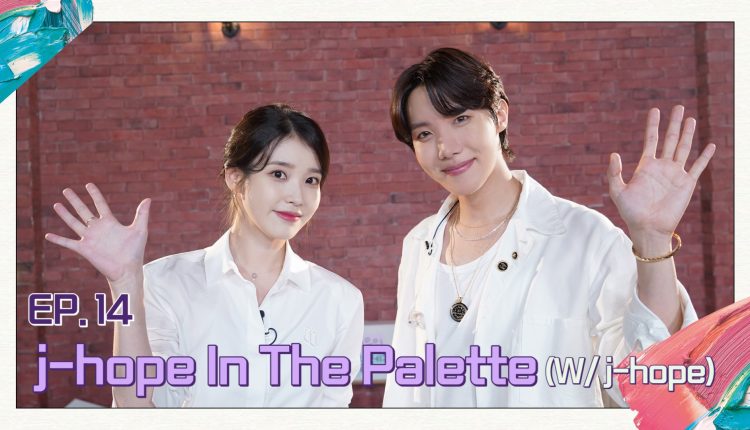 Seoul: South Korean idols IU and J-Hope finally came together in one frame, and the result was almost an hour of wholesomeness.

To promote his new album Jack in the Box, the singer dropped by IU’s Palette, and chatted with the singer about everything under the sun. And yes, they even addressed why IU wasn’t invited to his pre-listening party. If you are wondering why, the answer is that J-Hope just did not know how to get in touch with her.

Jhope and iu in one frame they even sing together 😭😭😭 pic.twitter.com/ztVXMe8jVt

Through an episode titled ‘j-hope In The Palette’, this never-seen-before combination of stars brought us nearly 43 minutes of an exciting display of sheer talent.

Towards the beginning of the episode, IU starts off by saying, “Since this is our first conversation, I thought we’d start with some small talk and found things we have in common.” Turns out, IU and J-Hope both like mint chocolate, which is quite controversial for people either loving or hating the flavour. Further, the two are also fans of the early 2000s band ‘g.o.d’, among other things in common!

However, the highlight of the show was when IU teased J-Hope for avoiding eye contact with her while performing the rapper’s song Equal Sign.

“You kept avoiding eye contact, so I had to, literally, squint them like this,” The K-pop star said. To this the BTS rapper had the cutest reply.

“Whenever our eyes meet, my eyes shake so much. My eyes are driving me crazy,” he said.

Meanwhile, the BTS rapper also spilled some major beans about his Lollapalooza appearance. J-Hope said he would be performing around 16-17 songs in Lollapalooza.

“You will see a side of J-Hope that you’ve never seen before,” he said.

One Police Personnel Killed In Grenade Attack In…