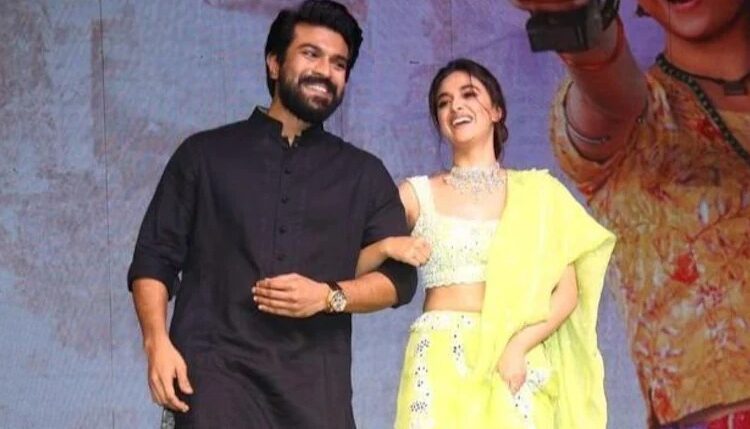 Mumbai: Actor Ram Charan, who was invited as the chief guest at the pre-release event of Telugu film Good Luck Sakhi, danced to the famous song, Naatu Naatu, from SS Rajamouli’s RRR with actor Keerthy Suresh.

The video is now going viral on social media.

Good Luck Sakhi, directed by Nagesh Kukunoor, features Keerthy Suresh in the role of a sharpshooter.