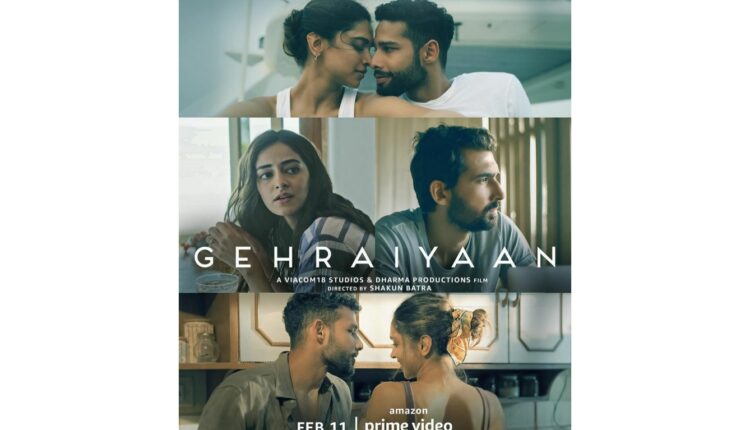 Mumbai: The trailer for Gehraiyaan is finally out and it is as interesting as one would have expected. The film is directed by Shakun Batra and stars Deepika Padukone, Ananya Panday, Siddhant Chaturvedi and Dhairya Karwa in the lead roles.

Gehraiyaan will release on Amazon Prime Video on February 11, 2022. It was earlier slated to release on January 25 but it was postponed earlier this month. Producer Karan Johar had made the announcement on social media.