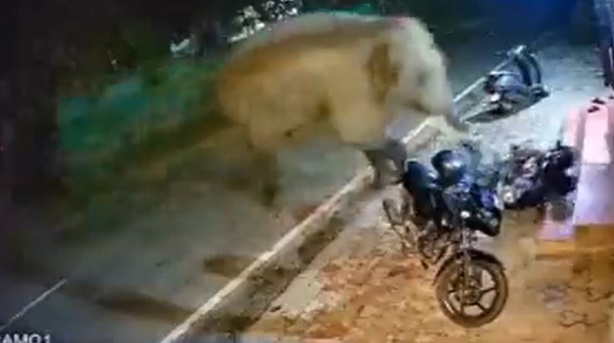 A video of an elephant knocking down a bike parked on the road is going viral on social media. The video collected more than 796.1K views on the platform and drew various reactions from users.

The video purportedly shows with a group of people standing on the roadside as three bikes are parked near them. Moments later, the locals begin to panic and rush inside as an elephant charges towards them and aggressively rams into one of the parked bikes, knocking it down with ease.

The traffic police often try to create awareness about rules and regulations through creative memes and social media posts. This video has been shared by the police to prevent people from parking their vehicles on main roads.