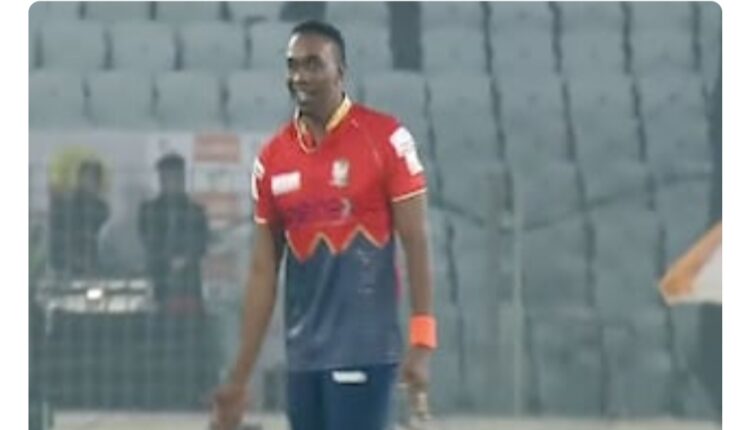 Hyderabad: Allu Arjun’s movie ‘Pushpa: The Rise’ has created quite an impact on cricketers across the globe. After Australia’s David Warner, former West Indies all-rounder Dwayne Bravo has also shown his dance moves from the film. Allu Arjun’s dance step from the song ‘Srivalli’ has gone viral on social media.

Bravo performed the famous move on the cricket field during a Bangladesh Premier League (BPL) clash against Comilla Victorians.

The Champion, @DJBravo47 channels his inner 𝑷𝒖𝒔𝒉𝒑𝒂 🕺🏼 after sending Mahidul Islam Ankon back to the pavilion! 😍