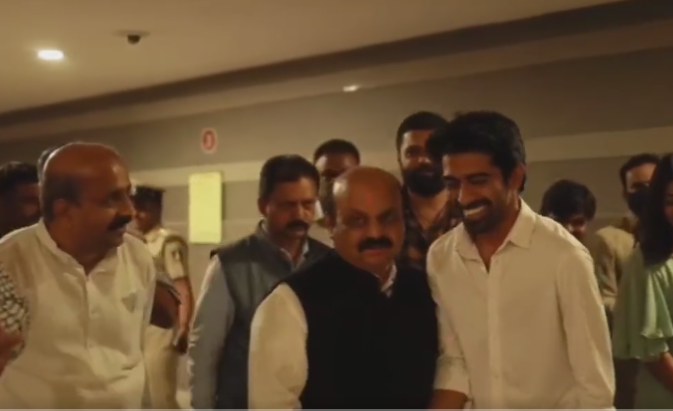 Karnataka: Karnataka CM Basavaraj Bommai broke down after watching Rakshit Shetty’s film 777 Charlie. The movie reminded Bommai of ‘Sunny’, his family pet dog who passed away some time ago.

Karnataka Chief Minister Basavaraj Bommai has also praised the adventure comedy-drama remembered his dog. CM Bommai truly loved the film and the concept. He then appreciates Rakshith Shetty’s team and also urged everyone to watch it.

Check out the video below:

We run out of words to express our gratitude. We are beyond grateful to see Shri. @BSBommai , honourable Chief Minister of Karnataka accept our film with so much love ✨♥️ pic.twitter.com/cTqL8zWBbb

Directed by K Kiranraj, 777 Charlie is an adventure comedy-drama. The film features Rakshit Shetty, Sangeetha Sringeri, Raj B Shetty, Danish Sait, and Bobby Simha in key roles. The film is bankrolled by Rakshit Shetty and GS Gupta under Paramvah Studios. It is a film for all animal and dog lovers. The film depicts the bond between a human and a pet dog.