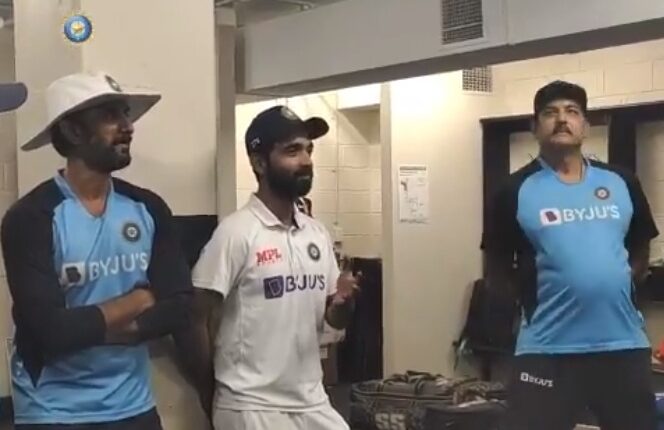 New Delhi: The Board of Control for Cricket in India (BCCI) has shared a video of Ajinkya Rahane, who led the Indian team admirably in Virat Kohli’s absence.

Rahane can be seen appreciating the effort of each individual throughout the Test series.

“It is a massive, massive moment for us. The way we, after what happened in Adelaide, came back from Melbourne onwards – it was really good to see. It wasn’t just one or two, but everyone who put an effort.

“In all the three matches, everyone contributed. It was actually very good to see,” said Rahane while addressing his teammates. We finished the match here with a win. That is very, very good,” said the skipper.

As we draw curtains on our historic triumph and start our preparations for the home series, here’s Captain @ajinkyarahane88‘s address to #TeamIndia from the Gabba dressing room.

India beat Australia by three wickets in the fourth and final Test to end Australia’s 32-year-long domination at the iconic The Gabba, Brisbane.