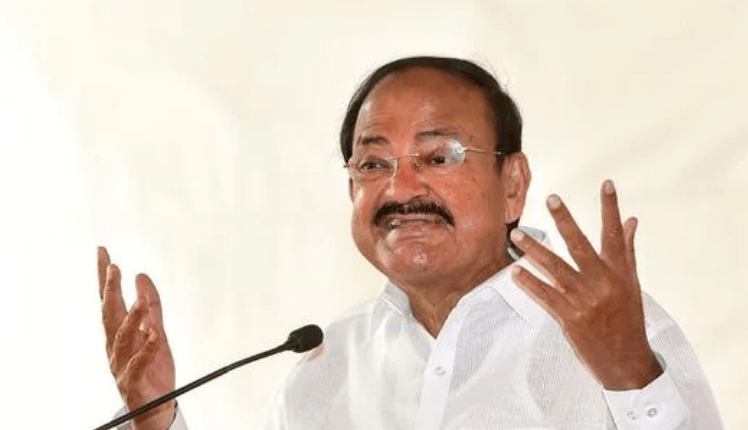 New Delhi: The Vice President, M Venkaiah Naidu today advised the Council of Scientific and Industrial Research (CSIR) to reinvent itself and turn futuristic while pursuing the science of the highest order.

Participating in the 80th Foundation Day celebrations of CSIR here on Sunday, he wanted CSIR laboratories and institutes to address challenges that require long-term scientific and technological solutions. In particular, Shri Naidu wanted CSIR to bestow greater attention on agricultural research and come out with new innovations, techniques and solutions to address the problems faced by farmers. He cited climate change, drug resistance, pollution, epidemic and pandemic outbreaks, among the challenges that need the focus of the scientific community.

Observing that the COVID-19 pandemic is just one unforeseen crisis and that there are many challenges, he said institutions like CSIR need to gear up to address any sudden and unexpected problem. “Each laboratory of the CSIR must come out with a clear roadmap on the new research projects that seek to address various challenges and contribute to the larger good of humanity”, Shri Naidu stressed.

Stating that India has made a significant contribution to the world of science in space, atomic energy, ocean science, or defence research, he said that as the nation celebrates 75 years of independence, this is an appropriate time to see how we can accelerate ongoing development. He said the ultimate aim of science should be to improve people’s lives and make their lives comfortable.

Noting that based on some parameters and sources, India was ranked 3rd in the world in terms of research publications, the Vice President lauded scientists and researchers for steadily enhancing India’s position in global scientific research.

Observing that investment by industries in R&D in India was insignificant, Shri Naidu urged corporates and industries to form close linkages with leading scientific institutions, identify important R & D projects and invest in them. “This will not only boost funding but also improve both quality and innovation’, he added.

Pointing out that COVID-19 has overwhelmed the world despite scientific and technological advancements, He said “the virus swept through the world with alarming virulence, infecting millions and claiming thousands of lives”.

Lauding the scientific and medical fraternity for leading the nation’s battle in the fight against the pandemic with grit and determination, he said the CSIR scientists and researchers worked tirelessly to develop solutions—be it diagnostics, vaccines, medicines, makeshift hospitals and medical assistive devices.

Observing that India is implementing the largest vaccination drive in the world, the Vice President said “the fact that we have administered 85 crore doses of vaccine is a remarkable achievement”. He said that this was largely facilitated by India’s indigenous vaccine, Covaxin and other vaccines like Covishield manufactured in India. “I must compliment the vaccine manufacturers for rising to the occasion and ramping up the production to meet the huge demand for vaccines in the country,” he said.

The Vice President, who gave away Young Scientists Awards, complimented the winners of various awards, including the CSIR Innovation Award for School Children.

Speaking on the occasion, Union Minister of Science and Technology Dr Jitendra Singh said that he would like CSIR and all the science departments to brainstorm and come up with a blue print of the S&T innovations needed in the next ten years if we have to be globally competitive. The Minister said, “We should not restrict our ambition to be best in India but be best in the world”. Dr Jitendra Singh underlined that India is blessed with the demographic dividend of youth and they can take up any challenge with the right training and motivation.

Dr Jitendra Singh said that he is really delighted to see the power of innovation among the winners of CSIR Innovation Award for School Children and added that they will be the future entrepreneurs, industry leaders, scientists and professors.