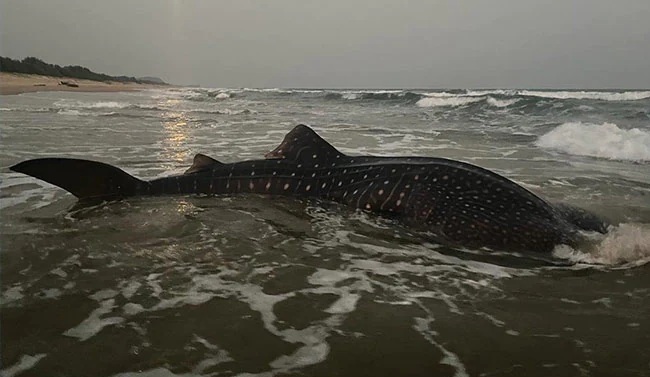 The shark was later guided back to the sea by the forest department officials, fishermen and wildlife conservationists, added the DFO.

“It is a whale shark, the world’s largest fish. These are endangered,” he stated.

“The instructions from the DFO were simple- guide the whale shark to safety, sparing no efforts or expenses. What ensued were herculean efforts, both physical and mental, with tremendous coordination and collaboration by the forest department, fishermen and wildlife conservationists, to guide this 2-tonne fish back into the ocean alive. And it was a success. The whale shark successfully swam back into the depths of the ocean,” he further stated.

Instagram accounts of Priyanka Gandhi’s children were not hacked: Sources