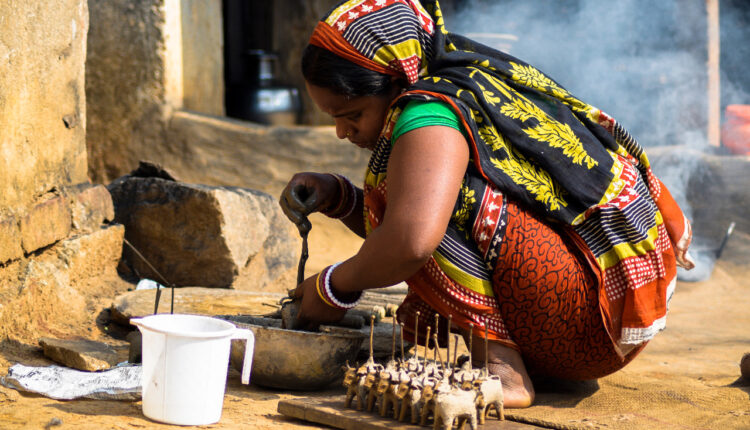 Bhubaneswar: Visitors can visit the Dharua Textiles and Dhokra Craft during the virtual tour to State Tribal Museum on 13th December by opening the Twitter and Facebook page @ scstrti, @stscdev.

The Dharua are one of the Gondi Tribe and otherwise referred to as Dharua Gonds. They are polytheists and their pantheon includes a number of tribal deities such as Estipal, Gramsiti, Garam, Ramkin, Barapahar, Buradeo etc. and Hindu deities like Jagannath, Laxmi, Mahadev, Kali, Durga, Sital and Manasa. 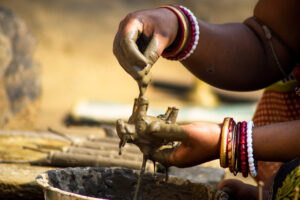 The Dharua community attire themselves in distinctive red and white textiles, that are woven by the weaver communities of Kotpad, Odisha.

In another video, the visitors can see the Dhokra Craft, Craftsman of Odisha at work. The wax technique of metal casting in Dhokra is a primitive technique. Earlier the metal work was performed by the nomadic groups, exercising traditional technology for manufacturing of Dhokra craft. In course of time these groups are settled in tribal concentrated region viz: Andhra Pradesh, Odisha, Chhattisgarh, Bihar, Madhya Pradesh and West Bengal.

For making Dhokra Crafts the essential raw materials are brass, wax, bitumen, resin, clay, paddy, husk, sand and wood. Wax, resin and bitumen are taken proportionately (1Kg: 250 gm:10 gm) in a container and pour water and heated to make semi solid. The paster is poured on a porous cotton gauge to remove the residual matter. The proportion of water and brass in an artifact is 1:10. Hand knife is used for cutting wax, a wooden implement called Tesa aided with a sieved metal plate called Chaki are used for making wax threads. Different sieves are used for making threads of various diameters as required to put designs on the craft. The wax threads are kept on a wood board. The mould is given a shape using a typical stick (Kathi), Tongs(Chimuta) are used for putting the moulded craft in the furnace and remove it from the furnace, Hammer (Hatudi) is used for shaping the wax and breaking the mould after baking the furnace. 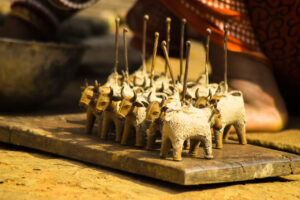