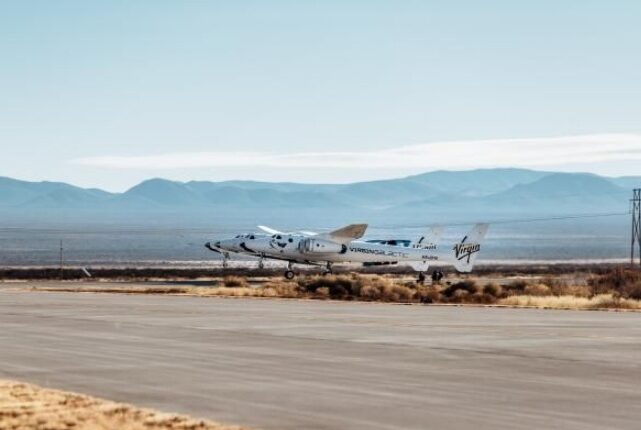 California: Space tourism company Virgin Galactic Holdings Inc. (NYSE: SPCE) pushed back the next test flight of its suborbital SpaceShipTwo vehicle, which was scheduled on Saturday. The company tweeted about the postponement of the flight on Friday.

“We have decided to allow more time for technical checks. We are working to identify the next flight opportunity,” billionaire Richard Branson’s company said.

The test flight was to be crewed by two pilots with the opportunity to fly throughout February contingent on good weather and technical readiness.

The Virgin Galactic’s SpaceShipTwo was scheduled to take off for the first time “from New Mexico’s Spaceport America and expected to reach an altitude of more than 50 miles (80 kilometres)”, carrying National Aeronautics and Space Administration (Nasa)’s payloads for research purposes.

“Three NASA-supported technologies will be put to the test on this upcoming SpaceShipTwo flight providing researchers valuable data about the experiments’ performance in microgravity,” the US space agency had tweeted.

One of the primary objectives of the flight was to test the remedial work that was concluded since the December 12, 2020 flight when the computer onboard impeded ignition of the rocket motor. December 12 was the first attempt at the test flight of Unity but the bad computer connection led to abortion of the mission. Since then, the team has investigated and analysed the root cause, carried out and completed corrective work with extensive ground testing. The rocket-powered flight was targeted to verify and assess this work.

Virgin Galactic, this year, has planned to take its first tourist into space with the inauguration of commercial suborbital rides by its founder.

Virgin Galactic is an aerospace and space travel company, developing spaceflight systems for private individuals, researchers as well as manufactures of advanced air and space vehicles. The company’s SpaceShipTwo is a re-usable, winged-spacecraft with the capability to change shape to ensure repeatable safe re-entry into space.

Ways To Get Pink And Soft Lips Naturally