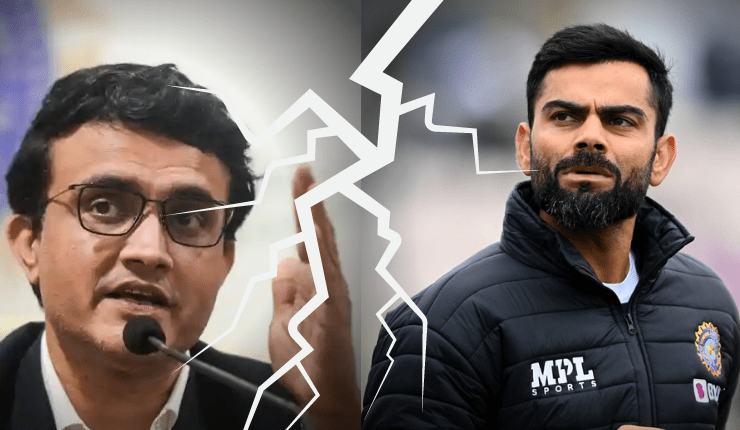 Mumbai: Virat Kohli on Wednesday refuted BCCI President Sourav Ganguly’s statement in which the latter said that he had requested the former not to give up the captaincy of T20.

Holding a virtual press conference on Wednesday, Kohli said that whatever communication took place about the decision taken, whatever was said about it is wrong.

He said, “I was dropped from the ODI captaincy 90 minutes before the team’s selection for the tour of South Africa. When I communicated with the BCCI first about quitting T20I captaincy, I told them that this is my point of view, these are the reasons for my decision, it was received quite well. No one took offence, no one had any hesitation. No one told me that I should not leave the T20I captaincy.”

“It was received well and looked at as a progressive step and one in the right direction. That time, I told the BCCI that I want to continue as ODI and Test captain unless the BCCI office-bearers or the selectors want me not to do. I clarified this as well in the phone call. My communication with the BCCI was very clear. I also gave them the option that if the BCCI office-bearers of the selectors want to take a decision, I am okay with it,” he added.

Kohli said he had no prior communication with the selectors or the BCCI top brass about his removal from ODI captaincy.

Rohit Sharma was appointed as India’s ODI captain on December 8 as the BCCI made the announcement in a single line in their press release to announce the Test squad for South Africa tour.

Notably, Sourav Ganguly, in an interview to News18, had said that he personally requested Virat Kohli to not step down as T20I captain and that the selectors felt there was no room for having two limited-overs captains for the senior men’s national team.

However, the India captain said he understood the BCCI’s decision to not retain him as ODI captain and that he will continue to be committed to the team’s cause.