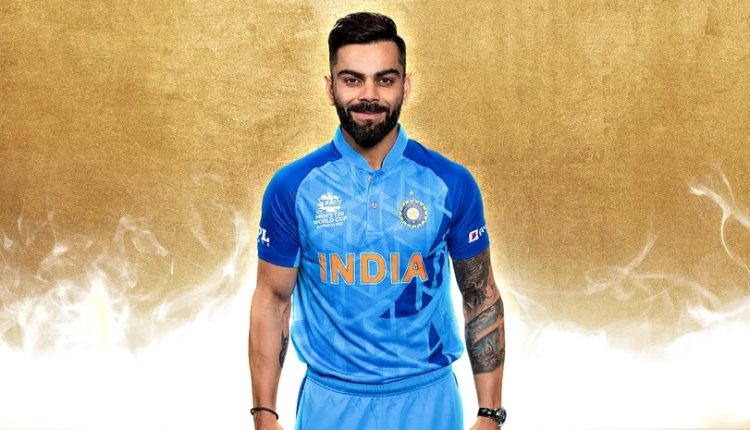 New Delhi: India batter Virat Kohli has been named the ICC Men’s Player of the Month for October 2022 after some outstanding performances in the shortest format of the game.

Zimbabwe’s Sikandar Raza and South Africa’s David Miller were the other nominees for the award along with Kohli, but the Indian batter beat them to claim the title.

The 33-year-old batted in only four innings in October but he churned out three memorable knocks, including a magical 82* against Pakistan in the T20 World Cup.

India looked completely out of the contest when Pakistan reduced them to 31/4 while chasing 160, but Kohli didn’t give up and went on to produce a breathtaking knock of 82* from just 53 deliveries to guide India home. Kohli also went on to admit during the post-match interview that it was the best knock of his T20I career.

“It is a great honour for me to have been voted the ICC Men’s Player of the Month for October. Being chosen as the standout player by fans across the globe as well as the panel makes this accolade even more special for me,” Kohli said after winning the award.

“I want to pay tribute to the other nominees who performed so well during the month and also to my teammates, who continue to support me to perform to the best of my ability,” he added.

Kohli’s efforts played a crucial role in helping India reach the semi-finals of the mega event. India will take on England in the second semi-final now in Adelaide on November 10.