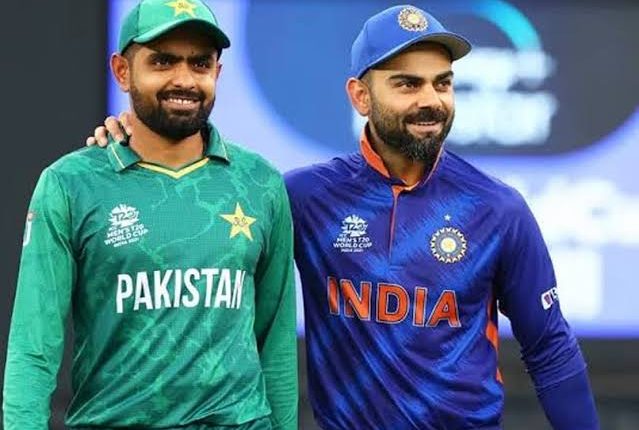 The former Indian skipper has thanked the Pakistan captain for his support, who had backed Virat Kohli to come good, in the form of a tweet.

When asked to elaborate upon his tweet, Babar stated in his press conference ahead of the first Test against Sri Lanka, “I just feel that in the present situation Kohli needs support and to be backed. I tweeted wishing him the best because I know how a player feels when he is going through this period and he needs the support of everyone.”

Now, the former Indian skipper has thanked the top-ranked ODI and T20I batter in the MRF Tyres ICC Player Rankings for his support. In a classy gesture, Kohli replied, “Thank you. Keep shining and rising. Wish you all the best.”

Kohli has recently struggled for form, leading to criticism in sections of the media surrounding his place in the Indian setup. Former Indian skipper Kapil Dev also suggested that India should pick players on form, and not their reputation.

Missing the first ODI against England with a groin injury, Kohli made just 16 in the second match, which India lost by 100 runs at Lord’s.

It means the right-hander has now gone 77 consecutive international innings without reaching three figures, after scores of 1 and 11 in the T20I series and failures in the rescheduled fifth Test.

Kohli will also not be a part of the Indian T20I squad which will be touring the West Indies later this month. With a T20 World Cup in Australia around the corner, the Indian team management has been hoping that Kohli regains his form and fires on all cylinders.