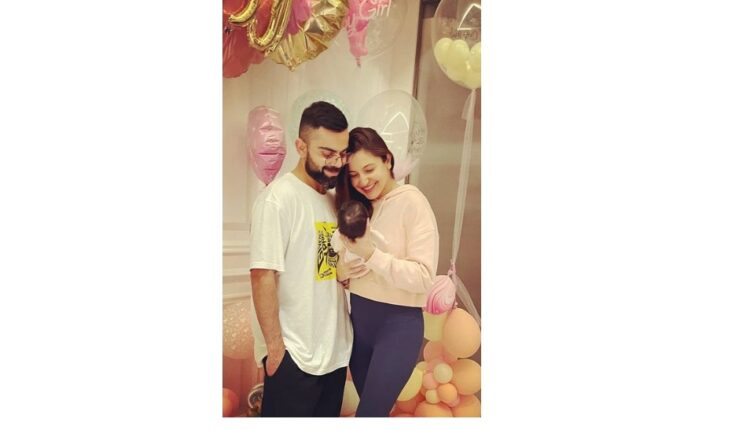 New Delhi: Virat Kohli and Anushka Sharma have shared the first-ever photograph with their newborn daughter on social media. The couple also revealed that they have named her Vamika.

“We have lived together with love, presence and gratitude as a way of life but this little one, Vamika has taken it to a whole new level! Tears, laughter, worry, bliss – emotions that have been experienced in a span of minutes sometimes. Sleep is elusive but our hearts are so full. Thanking you all for your wishes, prayers and good energy,” Anushka Sharma wrote posting a picture with Virat and Vamika.

Anushka Sharma and Virat Kohli had earlier sent a note to the paparazzi fraternity in Mumbai, where they requested them not to carry pictures of their baby.

The couple first met on the sets of a commercial and dated for four years before getting married in a private ceremony in Italy on December 11, 2017. Anushka Sharma announced her pregnancy in August last year.