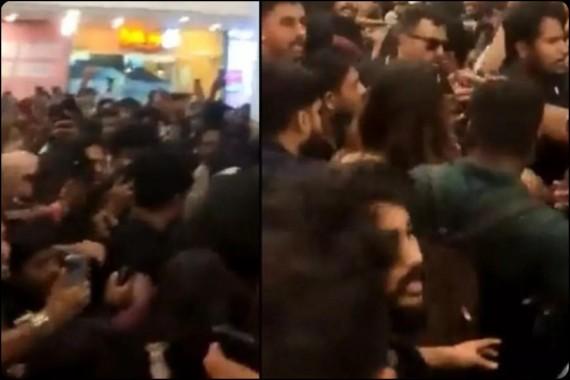 Again it's proved that HiLite mall is not a best place for movie promotion! pic.twitter.com/ko3UvojhVh

In her Instagram post, one of the actresses said, “Kozhikode is a place I loved a lot. But, tonight while returning after a programme, a person from the crowd grabbed me. It disgusts me to say where! Are people around us so frustrated? We went to several places as part of the promotion. But, I never had such a pathetic experience anywhere else. My colleague also had a similar experience. She reacted…but I couldn’t in that situation as I was dumbstruck for a moment”

She added, “We went to many places in Kozhikode as part of a promotion. The event at the mall was packed and security was struggling to handle the crowd. When we were leaving, a guy misbehaved with my colleague but she didn’t get a chance to react. I also experienced the same but I reacted as you saw in the video.”

The other actress said she was in shock and didn’t know how to react. 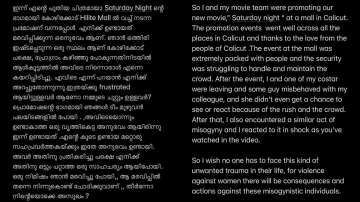 Malayalam actresses allege sexual assault at a mall in Kozhikode