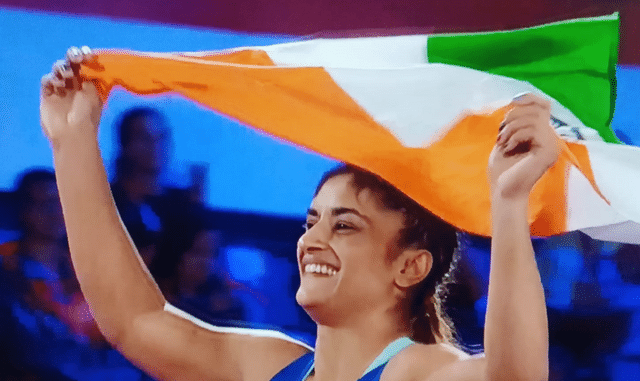 Vinesh Phogat becomes the first Indian female wrestler to win three consecutive Gold Medals (2014, 2018, 2022 – at CWG. She didn’t drop a point in three matches in the women’s 53kg category at Birmingham and pinned the silver medallist. As dominant as it gets.

She did it this year without conceding a single point. #EkIndiaTeamIndia | #B2022 pic.twitter.com/J25PBWMdeo