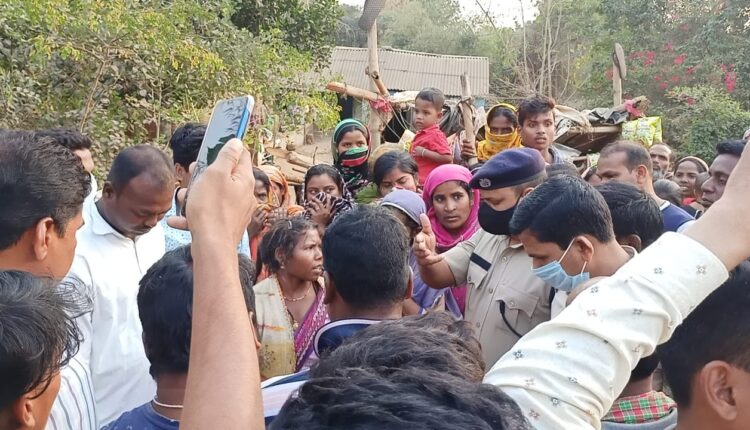 Villagers detain woman on suspicion of child-lifter, hand over to Ranpur police

Ranpur: The residents of Badamba village under Ranpur block in Nayagarh district today detained a woman on suspicion of child-lifter and handed her over to the police.

According to reports, the villagers today spotted a mysteriously roaming in the locality and talking in Hindi. When the alert residents checked her bag, they found chocolates and slippers of children.

Suspecting the woman a child-lifter, the villagers detained her and intimated the local police.

Later, Ranpur SI Priti Prakash Mohanty reached the village and took the unidentified woman to the police station for detention.

When asked, SI Mohanty stated that it has been ascertained that the woman hails from the neighbouring Jharkhand and it is suspected that she is mentally-challenged.