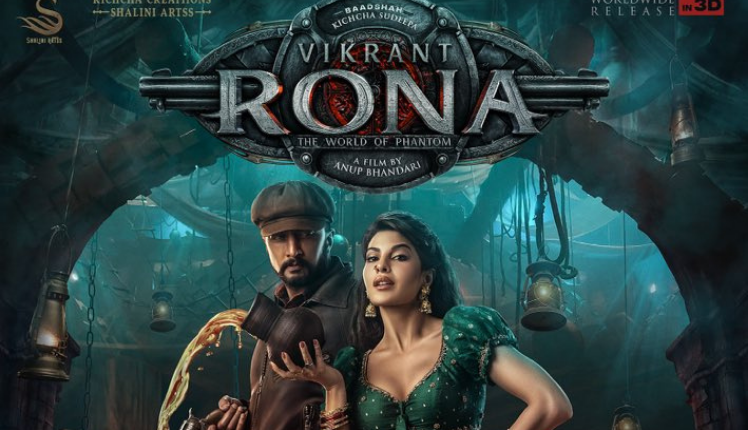 The aesthetics in the ‘Vikrant Rona’ trailer are stunning. Sudeep’s character is a policeman who is ready to undergo an action thriller set on the sea. Vikrant Rona, also known as the Lord of the Dark, strikes terror into the hearts of his foes.

Sharing the trailer on social media, Kicccha wrote, ‘His Arrival Is The Beginning of A New Chapter’.

‘His Arrival Is The Beginning of A New Chapter’

The second trailer starts from a thrilling background score and a hasty Kiccha running and dodging an arrow shot at him, followed by a few shots of him travelling on a ship, and riding on a motorbike. We are then introduced to Neetha Ashok’s Aparna Ballal Aka Panna who narrates the whole story about Vikrant Rona – The Devil. Vikrant comes to a distant village who is hellbent on unravelling the deep dark mystery preserved in the dense forests of the place. Besides being warned of the threats in the forest, a fearless Vikrant fights all odds to save the village residents. The spine-chilling trailer is full of action sequences, which is makes the fans all the more excited for the film.

Check out the trailer here: