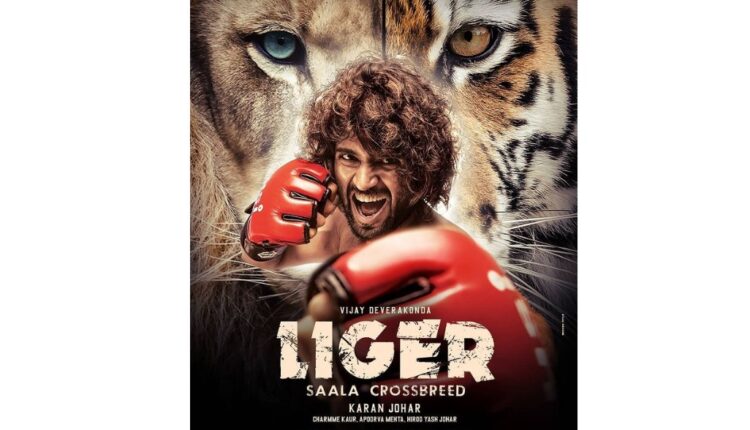 Mumbai: The first look of Puri Jagannadh’s Liger, which marks south star Vijay Deverakonda’s pan-India debut has been unveiled. The film has Ananya Panday in the lead role.

The poster comes with the tagline ‘Saala Cross-Breed’. He reportedly plays a boxing exponent in the film.

He has bulked up his body to essay this character and got trained under a boxing guru. The first look features Vijay Deverakonda roaring with boxing gloves to his hands, with an image of Liger in the backdrop.

Liger will release in five languages, including Hindi, Tamil and Telugu. On Sunday, Karan Johar, who is co-producing the film under his banner Dharma Productions, teased the title and first look reveal on Instagram stories.

Speaking of the project that marks Vijay Deverakonda’s Bollywood debut.