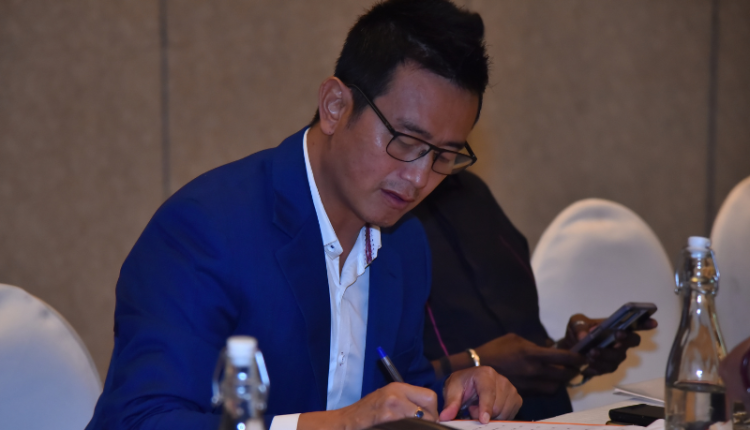 NEW DELHI: Former India captain and the new co-opted Executive committee member of the AIFF, Bhaichung Bhutia, is excited about India’s tour of Vietnam and will keenly follow the team’s performance in the two-friendly matches scheduled on September 24 and September 27.

The Blue Tigers have travelled to Vietnam to play the Hung Thinh Friendly Football Tournament against Singapore and hosts Vietnam. Twenty years ago, Bhutia was the captain when India won the historic 2002 LG Cup in Vietnam. The current two-match tour, Bhutia said, will be a good opportunity for the Indian team to prepare before the Asian Cup next year.

“I think it’s great for our national team that they are going to play some matches there. I think it will be a good tour. Vietnam are a very good team. So are Singapore. It’s going to be a useful experience for the players,” said Bhutia.

Early this week, the AIFF Executive Committee endorsed the Technical Committee’s recommendation to extend Senior Men’s Team Head Coach Igor Stimac’s contract till the end of the AFC Asian Cup 2023. The former Blue Tigers striker feels the extension will give the required time to both players and the coach to build the team chemistry.

“It is a very sensible decision taken by the committee because we are not left with too much time before we plunge into the Asian Cup battle. The extension will help coaches and the players feel more comfortable and will give them ample time to build on what they have been doing for the last three to four years. So hopefully, I think this match and the preparation for Asia Cup would now be much better”, Bhutia said.

At the same time, Bhutia has urged everyone in Indian football community to treat the FIFA U-17 Women’s World Cup with “utmost priority”.

The 16-team championships, where India are placed in Group A with the US, Morocco and Brazil, is almost knocking on India’s door and will begin in 20 days from now, on October 11.

“The U-17 World cup is a priority right now and is very important. Everybody is looking forward to some creditable performance from our girls. I think that should be given the top priority as it is starting in the next few weeks”, the former captain of the Blue Tigers commented.

He further said, “The girls have to play some matches against good teams now before the world cup kicks off. It will give them the required motivation.”

Bhutia also urged all football fans to attend and support the event. “I think it’s a great opportunity for our girls in the U-17 team. The fans should come in numbers in the stadium and support the team,” he said.

Bhutia said the six Eminent Players in the Executive Committee will bring lots of experience on the table, which is very much required for the development of Indian Football.

“We all should work for the development of Indian football. That is all we are here for. I would like to thank the Supreme Court for giving this honour to all the six players because I believe we can bring a lot of experience and provide the right advice for the improvement of football,” he said.

Odisha Govt To Provide 3.125 Acres Of Land For Establishment Of NCDC Branch In Bhubaneswar