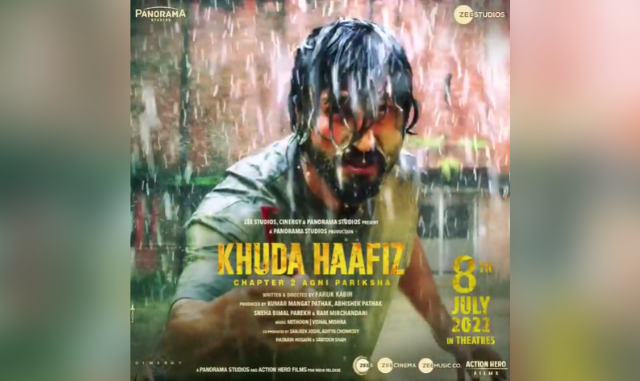 New Delhi: Bollywood actor Vidyut Jammwal and Shivaleeka Oberoi’s upcoming film, Khuda Haafiz Chapter 2 is all set to hit theatres on July 8. Earlier, the makers had planned to release the film on June 17, 2022. However, now, the release plans of the action thriller have changed.

Vidyut Jammwal announced the new release date, taking to Instagram. He wrote, “He will fight for his family until his last breath. #KhudaHaafizChapterllAgniPariksha. In Cinemas on 08 July 2022 (sic).”

Khuda Haafiz Chapter 2 is the sequel to Vidyut Jammwal’s 2020 film, Khuda Haafiz, which was released on Disney+Hotstar. The film is written and directed by Faruk Kabir and produced by Kumar Mangat Pathak, Abhishek Pathak, Sneha Bimal Parekh and Ram Mirchandani under the banner of Panorama Studios.Live TV.