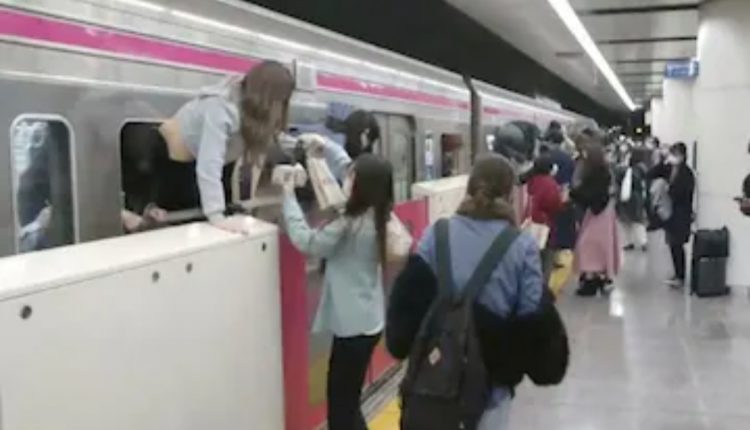 Tokyo: A 24-year old man dressed as the Joker character from the Batman comics attacked passengers on a Tokyo train line on Sunday evening.

As many as 17 people were injured as they headed for Halloween parties in the city.

Witnesses say the suspect sprayed a clear liquid around the carriage and set it alight.

Someone set a train in fire in Tokyo (Keio line) 😱

Police arrested the suspected attacker on the spot, media reported. A man believed to be in his 60s was unconscious and in critical condition after being stabbed, while witnesses also said the attacker had spread fluid around the train and started a fire, according to media.

One video uploaded on Twitter showed a steady stream of people running away from a train car where, seconds later, a blaze lit up. Another video showed passengers rushing to squeeze out of the train’s windows and onto the platform where the train had made an emergency stop.