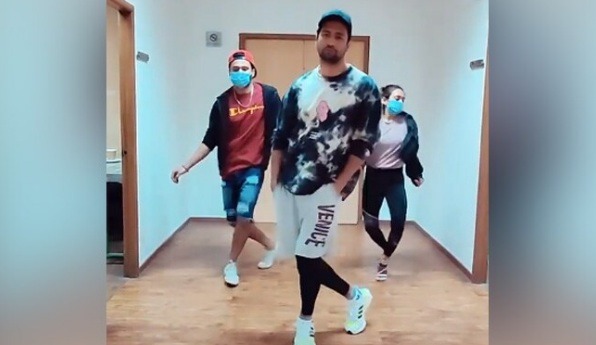 In the video, Vicky can be seen grooving to Eduardo Luzquinos’ Don’t Rush remix, featuring Ans and Jordan.

The trio is seen dancing to a remix version of Eduardo Luzquiños’ Don’t Rush. On the work front, Vicky will be seen next in Shoojit Sircar’s Sardar Udham Singh. Vicky will also feature in Uri director Aditya Dhar’s The Immortal Ashwatthama.

The actor made his acting debut with Masaan (2015) and quickly moved up the ladder. 2019’s Uri: The Surgical Strike catapulted Vicky to the top league.