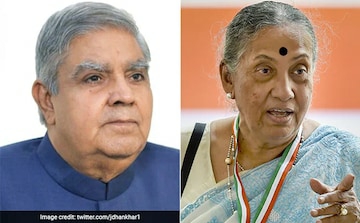 New Delhi: Elections to choose the next Vice-President of India will be held today, in which NDA candidate Jagdeep Dhankar is expected to sail through with BJP support alone. Opposition’s Margaret Alva looks set to be a very distant second.

The Vice-Presidential elections will be held in the Parliament House from 10 am to 5 pm today and the results are likely later in the evening.

Jagdeep Dhankhar — best known for his role as the former Governor of Bengal — can expect 527 votes, far higher than the 372 required to win. Altogether it could be 70 per cent of the total votes, two per cent more than M Venkaiah Naidu received.

The Electoral College comprises 780 MPs — 543 in Lok Sabha and 245 in Rajya Sabha. Leaving aside the eight vacant seats in Upper House and the 36 MPs of Trinamool Congress, which decided to abstain from voting, 744 MPs are expected to vote.

The NDA has 441 MPs, including 394 of the BJP. Five nominated members are also supporting the NDA candidate.