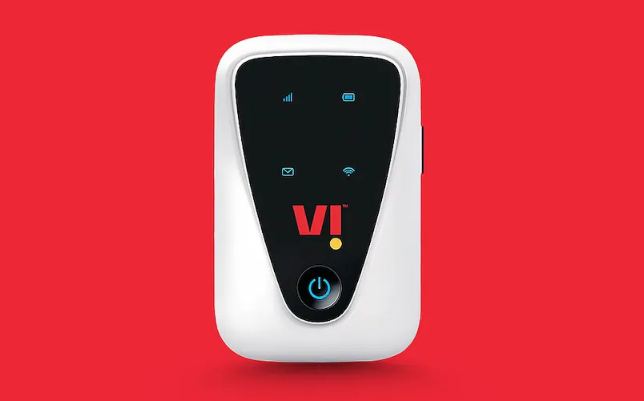 New Delhi: Vodafone Idea announced the launch of the Vi MiFi portable 4G router for customers on the telecom provider’s postpaid plans. Users can also connect up to 10 Wi-Fi enabled devices including smartphones, smart TVs, laptops, tablets and IoT devices, according to Vi. The wireless router is equipped with a 2,700mAh battery that is said to offer up to five hours of use on a single charge.

The Vi MiFi portable 4G router is priced at Rs. 2,000 in India. It is available for purchase alongside a Vi postpaid plan. Interested users can get their hands on this portable 4G wireless router from the Vi stores in 60 cities across the country. As mentioned earlier, this device is meant only for users who have subscribed to the Vi postpaid plans priced starting from Rs. 399.

As mentioned earlier, the newly launched Vi MiFi portable 4G router for postpaid subscribers offers speeds of up to 150Mbps. As its name indicates, the portable router works only on a 4G connection for customers with an active Vi postpaid plan.

The wireless router creates a personal hotspot for users to connect their devices to the internet. It is similar to the Vi MiFi router for prepaid users in terms of functionality. A 2700mAh battery powers the Vi MiFi portable router and the company claims that it can offer up to five hours of battery life on a single charge. Notably, the portable wireless router from Vi comes with a one-year warranty as well.

‘Pariksha Pe Charcha’: PM Modi To Interact With Students, Their Parents And Teachers On April 1