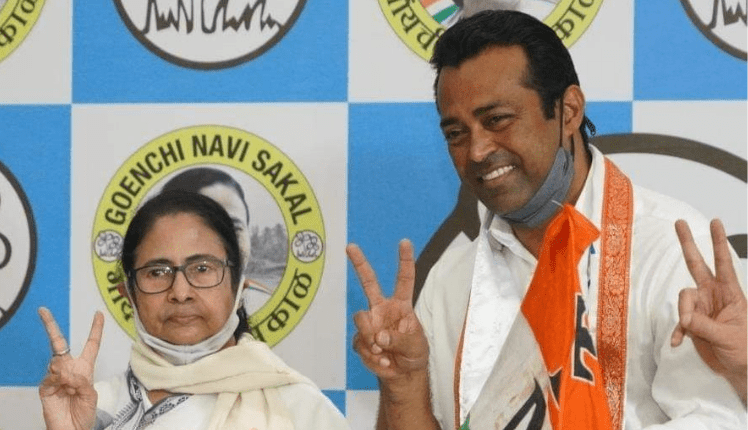 TMC supremo Mamata Banerjee made the announcement and said Leander Paes is like her younger brother.

Mamata Banerjee said, “Happy to inform that Leander Paes joins TMC. I am too happy. He is my younger brother. I know him since I was the youth minister and he was very very young.”

Banerjee said her party doesn’t divide people into religious lines even if they are Hindus, Muslims, or Christians.

The TMC has announced its decision to contest all 40 Assembly seats in Goa in the upcoming polls and started inducting several local leaders into its fold. Mamata Banerjee’s tour is being seen as an attempt by her to gauge the political mood in the state ahead of the assembly polls slated in early 2022.

Mamata Banerjee reached Goa on Thursday at a time when the TMC is camping in the poll-bound state with the hope of making inroads into the BJP bastion.