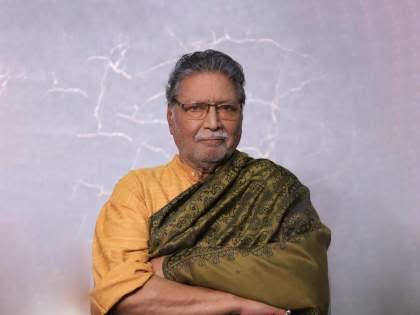 He was 77 and the end came at the Deenanath Mangeshkar Hospital. His funeral rites shall be performed at the Vaikunth Crematorium in Pune around 6 p.m. today.

Over a career spanning more than 40 years, Vikram Gokhale has appeared in various Marathi and Bollywood films, including ‘Agneepath,’ starring Amitabh Bachchan in 1990, and ‘Hum Dil De Chuke Sanam,’ with Salman Khan and Aishwarya Rai Bachchan in 1999.

Vikram Gokhale was last seen in ‘Nikamma’ alongside Shilpa Shetty and Abhimanyu Dassani. The film hit the theatres in June this year.

Vikram Gokhale made his film debut in 1971 with Amitabh Bachchan’s Parwana. In 2010, he received the National Award for Best Actor for his work in the Marathi film Anumati. He also forayed into direction with the Marathi film Aaghaat.