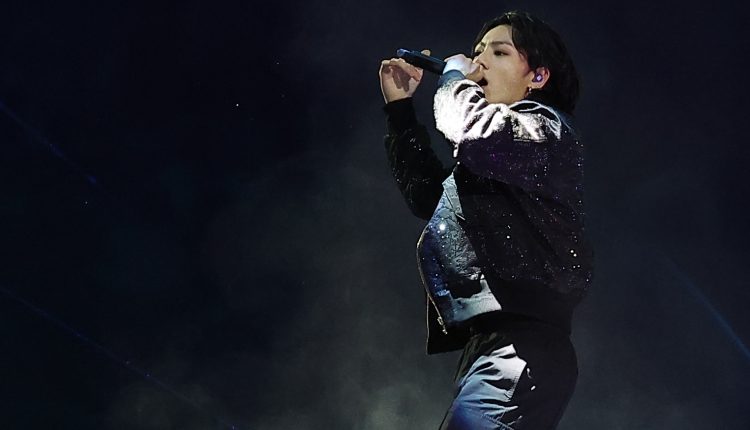 His stunning appearance in a Versace ensemble further highlighted his captivating features and physique, making him look absolutely breathtaking.

Donatella Versace proudly shared Jungkook’s look from the performance on her IG reel along with other famous celebrities such as Jenna Ortega and Mariah Carey.

Jungkook looked gorgeous that night in the Versace outfit from head to toe. The bomber jacket, in particular, which retails for $14,775 looked stunning oh him. The house and Head designer, Donatella herself, kept showing how proud they were to dress him by posting about him multiple times.

Donatella Versace posted Jungkook on her Instagram reel of famous celebrities who have worn Versace pic.twitter.com/Bz8EzAFNVh

Donatella Versace has once again posted about Jungkook. She posted an IG video where she included Jungkook in a list of famous celebrities who wore Versace such as Jenna Ortega and Mariah Carey!!#JUNGKOOK pic.twitter.com/JqYorP8Ci8