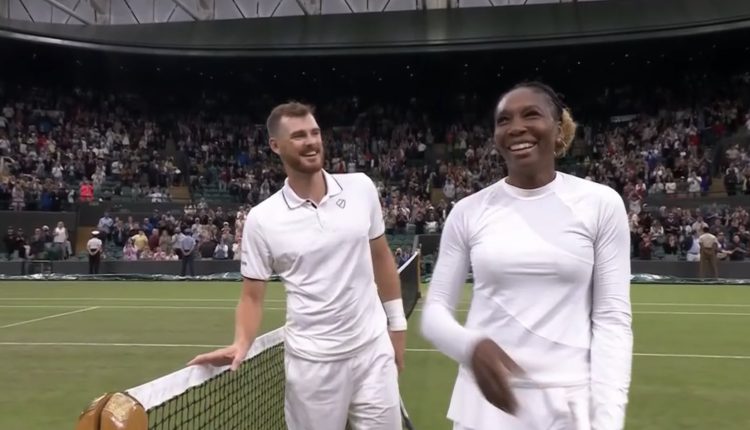 London: The five-time singles Wimbledon champion Venus Williams credited her sister Serena for her comeback to the Championships.

Venus made a winning return to the grasscourt major on July 1. She, along with Jamie Murray, had received the wild card for the mixed doubles. The pair defeated Alicja Rosolska and Michael Venus 6-3, 6-7 (3), 6-3 in their first-round match on Court No. 1.

Venus added that she had “no plan to play. (But) I saw the grass and I got excited … I haven’t played in a year so you don’t know what you’re going to get.”

When asked about her future, Venus said: “You never know where I’ll pop up”.

Serena Williams played her first match in a year on Tuesday night on Centre Court, losing to Harmony Tan.

Jamie Murray, who also has a famous tennis sibling, said that Venus’ camp texted him asking to play.

“I think you played great,” Jamie said. “Like, she hasn’t played for a long time. First match, big court, a lot of people. It’s not easy. It was a great experience (to) play with Venus Williams. When am I going to get the chance to do that?”

The new pair’s siblings — Serena Williams and Andy Murray — joined forces in mixed doubles at Wimbledon in 2019 and reached the third round. Five of Williams’ major singles titles came at Wimbledon. She has also won 14 Grand Slam doubles titles, all with sister Serena, including six at the All England Club. In addition, she has two major titles in mixed doubles.