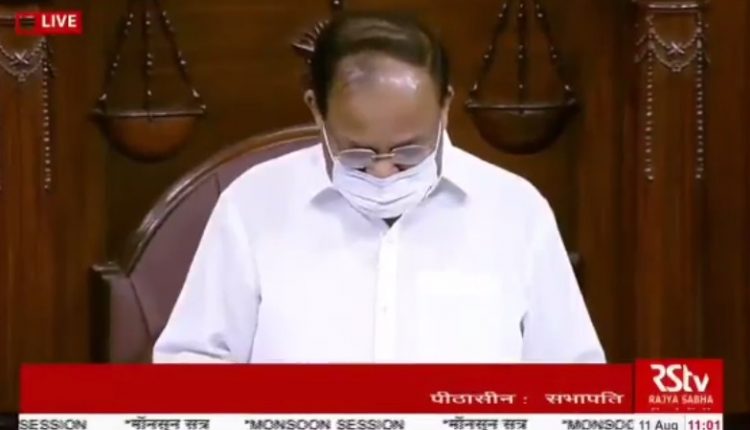 Venkaiah Naidu Breaks Down Over Ruckus In Rajya Sabha, Says Had Sleepless Night

New Delhi: Rajya Sabha Chairman M. Venkaiah Naidu broke down while speaking about the ruckus caused by the Opposition MPs in the House on Tuesday. Naidu said that he could not sleep last night as the “sacredness” of the House was destroyed.

Opposition party leaders continuously raised slogans over various issues while Naidu was speaking yesterday. He stated that he was struggling to find the reason that forced the House to such lows.

Rajya Sabha was then adjourned till 12 PM. Some members of the opposition parties were keen on the discussion about the new farm Bills. A discussion on agriculture problems and solutions was listed for yesterday.

“I find it difficult to understand how the subject listed in the list of business for yesterday would have prevented any member from raising any issue connected to the farm sector,” said Naidu.

The Chairman said that a certain degree of sacredness is attached to the House. He noted that some MPs sat on the Table and some others climbed on the Table, which distressed him.

” I have no words to convey my anguish and to condemn such acts,” he told media.