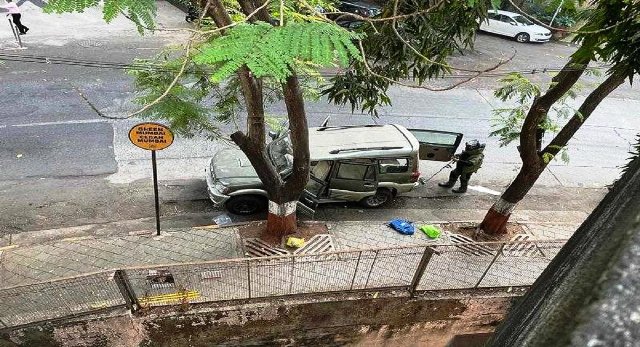 Mumbai: A suspicious vehicle with explosive material was found abandoned near business tycoon Mukesh Ambani’s house in Mumbai on Thursday.

Reportedly, a Scorpio van with some gelatin was found at some distance from Mukesh Ambani’s home. The Mumbai Crime Branch is investigating it.

According to police sources, a suspicious vehicle was found on Carmichael Road on Thursday evening. The police was alerted and a Bomb Detection and Disposal Squad or BDDS team and other police teams reached the spot immediately.

“They examined the vehicle and found 20 explosive gelatin sticks inside. It is not an assembled explosive device. Further investigation is going on,” police sources said. They added the car was parked in the area around 1 am last night, according to CCTV footage.

Security has been increased in the area and senior officers of the Mumbai Police examined the spot.