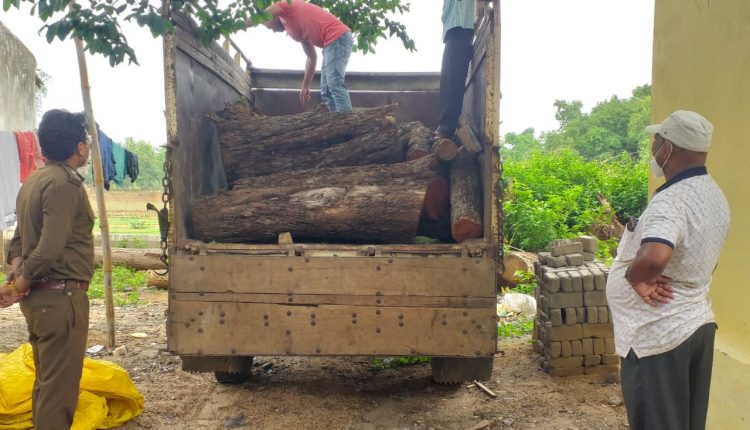 Bolangir: The Forest Department on Tuesday conducted a raid and seized illegal wood in Saintala forest under the Karamtala range in Bolangir district.

According to reports, the officials intercepted a vehicle and conducted a raid near Bolangir-Titilagah road this morning.

During the raid, they found over 15 illegal wood blocks and seized a pick-up van.

However, the wood mafia managed to flee from the spot. Meanwhile, police have launched a manhunt to nab the mafias.