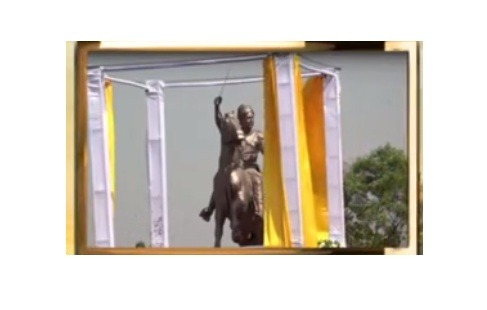 Jharsuguda: A life-size statue of legendary freedom fighter Veer Surendra Sai was unveiled at the VSS Airport in Jharsuguda on his birth anniversary on Saturday.

The statue was inaugurated by Union Minister for Petroleum & Natural Gas and Steel Dharmendra Pradhan with Union Minister of Parliamentary Affairs, Coal and Mines Pralhad Joshi being present in virtual mode.

The MCL had taken all the responsibility for the installation of the statue.

Prime Minister Narendra Modi had inaugurated the airport on September 22, 2018 following which the State Government named the airport after Veer Surendra Sai.