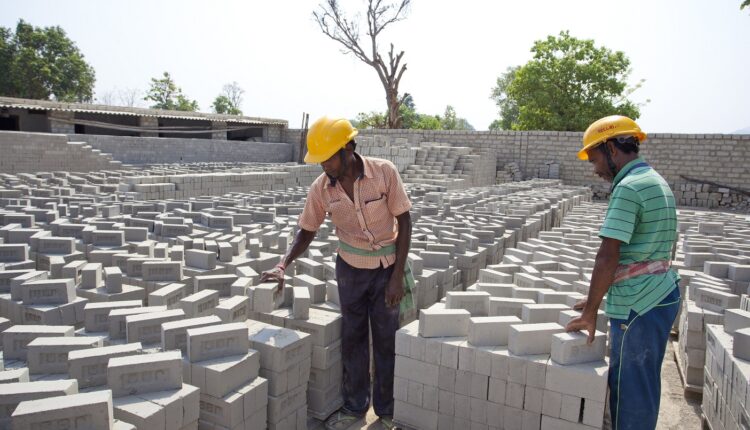 Fly-ash is a by-product of thermal power generation using coal, which fuels the company’s alumina refinery operations. It is a sought-after resource material for various applications in the cement, construction and infrastructure industries. It is widely used as a blending material for manufacturing of Portland Cement, manufacturing of bricks, blocks and tiles, ‘green’ highways and road construction, low-lying area development, etc.

Bricks made of fly-ash are not only lighter and stronger than traditional clay bricks, but also play a crucial role in preserving nutrient-rich topsoil from being used as raw material. This amounts to estimated savings of 1.9 metric tonnes of topsoil for every tonne of ash brick manufactured. Besides, ash brick manufacturing is an eco-efficient process, contrary to the energy-intensive process of producing clay bricks in brick kilns that results in substantial greenhouse gas emissions. In fact, for every tonne of ash bricks manufactured, an estimated 5900 kg of carbon dioxide equivalent emissions are avoided. It also makes for a healthier working environment for those involved in the brick manufacturing process.

Speaking about the program, Mr. GG Pal, Dy. CEO, Vedanta Limited, Lanjigarh, said, “Sustainable development is at the core of Vedanta’s strategy, with a strong focus on health, safety, and environment. Since inception, Vedanta Lanjigarh has rolled out deep interventions in the realms of livelihood, education, healthcare, and community infrastructure, and worked with local communities to improve the socio-economic status and overall well-being.With the fly-ash incentive policy, we aim to foster a flourishing ecosystem of local brick manufacturing units, thereby helping boost rural entrepreneurship and create sustainable livelihoods in the process.”

Shri. Mohan Sabar, General Manager – District Industries Centre, Kalahandi, Bhawanipatna, appreciated the fly-ash brick manufacturing scheme and stated that this will definitely boost the morale of existing brick manufacturers and motivate aspiring entrepreneurs to set up new units. He has advised the company to closely work with District Industries Centre (DIC), Kalahandi, to further bolster this program, including creating an ecosystem for ancillary and downstream industries in the area.

Vedanta Aluminium Business, a division of Vedanta Limited, is India’s largest manufacturer of aluminium, producing half of India’s aluminium i.e., 1.97 million tonnes in FY21. It is a leader in value-added aluminium products that find critical applications in core industries. The company operates a 2 MTPA (million tonnes per annum) capacity alumina refinery in Lanjigarh (Kalahandi district, Odisha), India since 2007 and an associated 90 MW captive power plant.  With its world-class aluminium smelters, alumina refinery and power plants in India, the company fulfils its mission of spurring emerging applications of aluminium as the ‘Metal of the Future’ for a greener tomorrow.

Manual Surface Observatories Installed In All 30 Districts Of Odisha