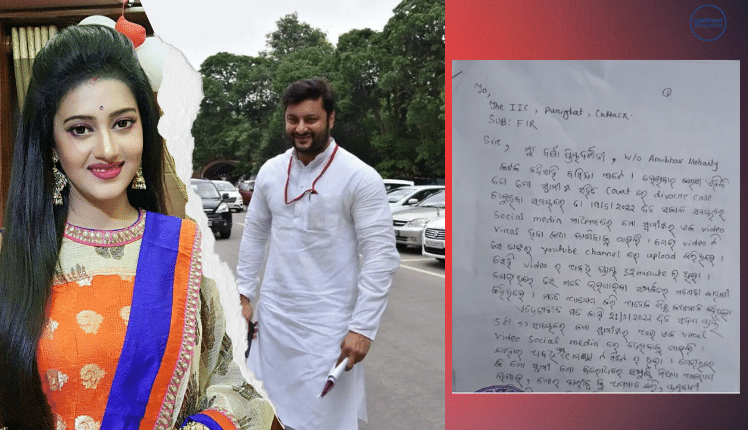 Cuttack: In yet another twist in the ongoing marital discord between Anubhav-Varsha, Odishs’s star couple, actress Varsha Priyadarshini on Sunday lodged a complaint with Cuttack’s Puri Ghat Police Station against her husband Actor-MP Anubhav Mohanty.

In her complaint, Varsha strongly condemned her husband’s act of uploading videos on YouTube making biased statements about their relationship and creating unnecessary controversy while the matter is pre-judice. She also demanded strict action against Anubhav for such an act.

Also Read: Not All Men Are Bad & Not All Women Are Good: Actor Turned MP Anubhav Breaks Down In Social Media Post

Varsha alleged that Anubhav has been assassinating her character by making such videos viral and giving untasteful comments. She also accused the actor of mentally harassing her.

Notably, the actor-turned-politician, Anubhav Mohanty, uploaded two videos on May 19 and 21. In the videos, which are now going viral on social media platforms, the Parliamentarian has held his wife Varsha responsible for their estranged marital relationship.

Also Read: Actor-MP Anubhav Spills The Beans On His Marital Discord With Varsha