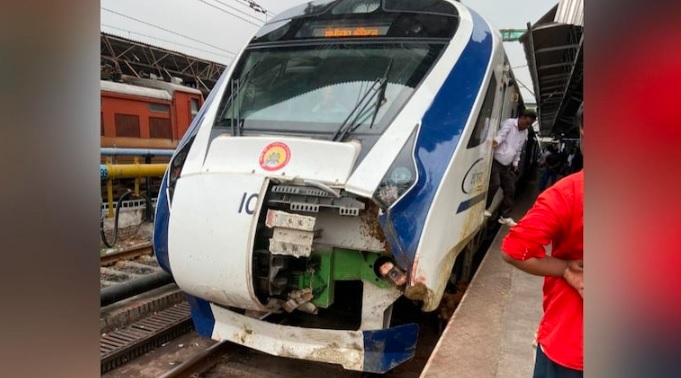 New Delhi: A case has been registered against the owners of cattle by Railway Protection Force (RPF) a day after a herd of buffaloes collided with the Mumbai-Gandhinagar Vande Bharat Express in Gujarat.

The railway police have not yet been able to identify the owners of the buffaloes so far and efforts are on to do so.

The newly-launched Mumbai Central-Gandhinagar Vande Bharat train collided with a herd of cattle at around 11:18 in the morning between Vatva and Maninagar stations in Gujarat.

“The FIR was registered on Thursday evening in connection with the incident in which four buffaloes were killed,” said a senior official.

The Mumbai-Gandhinagar Vande Bharat Express train’s front section, which was damaged when it struck some buffaloes in Gujarat, has been replaced, according to a railway official on Friday.