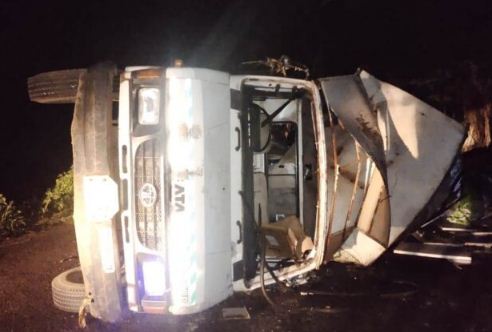 As per reports, the incident took place while the mini-van carrying milk packets was en route to Khurda when the driver lost control over the wheels and the vehicle turned turtle. Moreover, a motorcyclist also sustained injuries in the mishap.

Consequently, the milk packets spilled on the road. Later, some locals rescued and sent the injured persons to the hospital through an ambulance.

Security Guard Shoots Self In Bhubaneswar