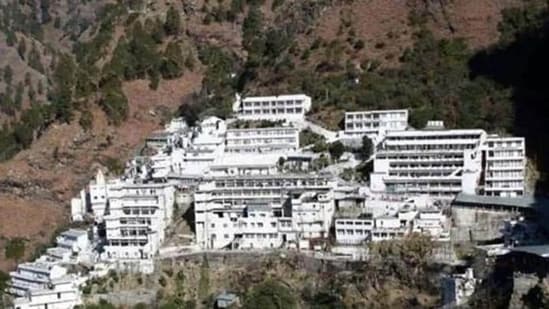 Jammu: Vaishno Devi Yatra in Reasi district of Jammu and Kashmir has been temporarily suspended on Friday evening due to heavy rain which triggered flash floods in the region, the officials have informed.

“In the wake of heavy rainfall, upward movement of pilgrims to Vaishno Devi has been stopped from Katra. Priority given to pilgrims coming downwards,” the shrine board informed.

“Priority is being accorded to yatris, currently in Bhawan area, coming down towards Sanjhichatt and then Katra under close watch of Shrine Board staff, police and CRPF officials and the overall supervision of Additional Chief Executive Officer Navneet, who is stationed at the Bhawan,” the official said.

Chief Executive Officer of Shri Mata Vaishno Devi Shrine Board Anshul Garg said there were no reports of any casualties or property damage, and the situation was under control.