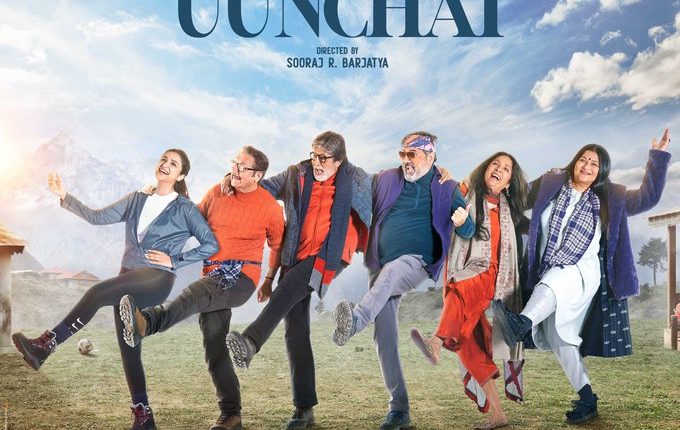 Mumbai: Motivated by the positive response to “Uunchai”, the makers of the film on Tuesday said the movie will not be available for streaming for a while as they want it to have “a strong and long run” at the theatres.

The Rajshri Productions movie, which released on November 11, continues to run in cinema halls in its fourth week. Starring Amitabh Bachchan, Anupam Kher, Boman Irani and Danny Denzongpa, “Uunchai” has reportedly raised over Rs 30 crore at the domestic box office.

In a statement shared by the production banner on Instagram, the cast and crew thanked everyone for the overwhelming love showered upon the Hindi-language adventure drama.

“A special shoutout to every member of the audience who went to the theatre with family and loved ones and contributed to making ‘Uunchai’ an exclusive BIG screen experience.

“As ‘Uunchai’ continues to run in theatres in its 4th week, we as a unit stand proud and humbled. It is the desire of our hearts to see ‘Uunchai’ have a strong and long run at the theatres and therefore, ‘Uunchai’ will not have an online release very soon,” the team said in a statement.

“Uunchai” is the result of seven years of passion, hard work and love, they said.

The movie, which revolves around four friends in their twilight years, marks the return of director Sooraj Barjatya to filmmaking after 2015’s “Prem Ratan Dhan Payo”.

Watching a pirated version of the film, delaying the watch or waiting for the film to release online would mean “robbing” oneself of a magical experience, the team added.