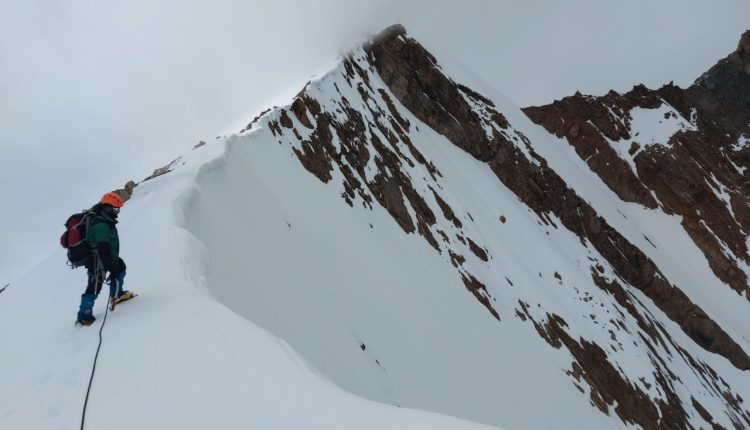 New Delhi: The death toll due to Uttarkashi avalanche rose to nine on Thursday as five more bodies were recovered this morning.

This was informed by Nehru Institute of Mountaineering (NIM) in a statement.

Notably, the avalanche had hit a group of 41 trainee mountaineers and instructors from NIM near the Dokrani Bamak glacier when it was returning from high-altitude navigation from Mount Draupadi ka Danda-2 peak (5,670 m) on Tuesday. Four bodies were recovered earlier.

On Wednesday, 15 people were rescued and flown from NIM base camp in Dokrani to Matli even as bad weather disrupted rescue work on Tuesday and Wednesday.

“Bad weather at the higher altitude is stalling rescue operations as fresh snowfall, and poor visibility do not allow choppers to carry out sorties,” said Patwal.

Savita Kanswal, 26, who this year became the first Indian woman to climb Mount Everest and Mount Makalu in just 16 days and set a national record, was among those killed in the avalanche. An instructor at the institute, Kanswal climbed Mount Everest (8,848 m) on May 12 and Mount Makalu (8,485 m), the world’s fifth highest peak on May 28.

The NIM group was caught in the avalanche at around 8.45am on October 4. It was part of an advanced mountaineering course, which included 34 trainees and seven instructors.