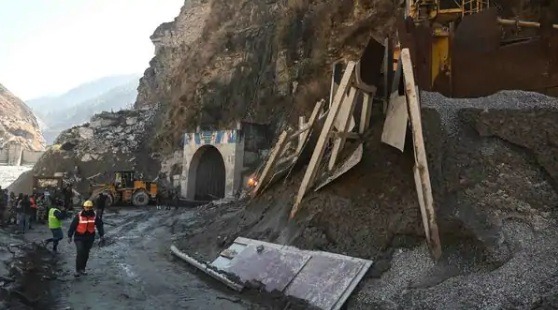 Chamoli: The rescue operation at the tunnel in Tapovan has been temporarily halted after surge in Dhauli Ganga river.

Around 25-35 people are estimated to be trapped in the tunnel for over four days since the glacier burst.

Notably, a glacier burst at Joshimath in the state’s Chamoli district triggered an avalanche and a deluge in the Alaknanda river system that wreaked havoc and washed away hydroelectric stations.

More than 200 people went missing after flash floods in Chamoli district on Sunday, believed to be brought on by a glacier burst at Nanda Devi.

Two power plants and five bridges were washed away in the torrent of water that surged downstream on Alakananda and Dhauliganga rivers towards mid-morning.

So far, 32 bodies have been recovered, some from as far as 45 km away.