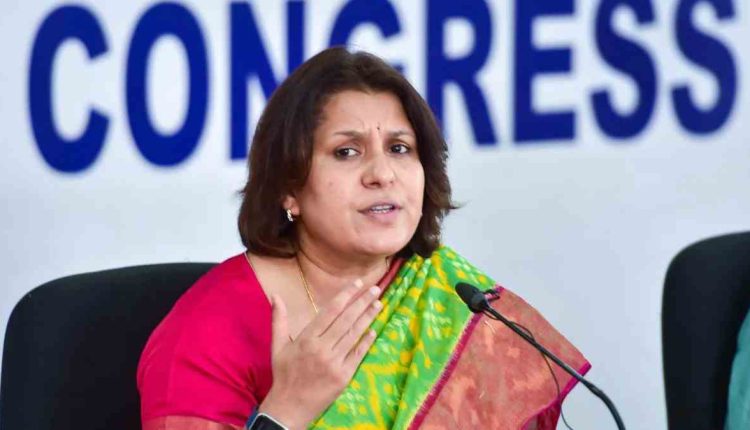 New Delhi:  The Congress on Saturday attacked the BJP after the son of one of its leaders was arrested in the murder case of a woman receptionist at a resort in Uttarakhand, and demanded that Prime Minister Narendra Modi apologise to the nation.

The opposition party termed as “selective action” the BJP expelling Vinod Arya and his son from the party and said it should remove all its lawmakers who are facing charges of crimes against women.

Arya’s other son Pulkit Arya was arrested in the murder case of Ankita Bhandari. She was a receptionist at a resort owned by Pulkit Arya in Uttarakhand’s Pauri .

She was a receptionist at a resort owned by Pulkit Arya in Uttarakhand’s Pauri.

The resort’s manager and the assistant manager were also arrested on Friday and all three were sent to judicial custody for two weeks in the murder case of the 19-year-old receptionist.

Addressing a press conference at the AICC headquarters here, Congress spokesperson Supriya Shrinate claimed that whenever an incident of sexual exploitation or rape of a woman comes to the fore, a BJP leader’s name crops up